Believe it or not there are quite a few actions you can take on just one tweet. From replying to retweeting and embedding to sharing, I’ll show you how to navigate a tweet and everything you can do with it.

From here, you can unfollow accounts if you want.

Retweet: Clicking this will ‘retweet’ that tweet onto your own timeline. Your followers will now see that tweet on their timeline.

Three Dots: Will give you more options.

Mute removes their Tweets and any future Tweets form your Timeline. You will still be following them.

Block prevents you from seeing their profile and Tweets and vice-versa.

You can also Expand a Tweet to see more information. This will allow you to see information such as how many times it has been retweeted and how many likes it has received. You can see dates and times and also easily reply to that Tweet. 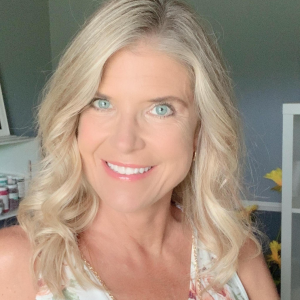 I've been teaching Seniors and Baby Boomers how to use the different Social Media sites since 2015 and I love it! New technology can be overwhelming, confusing and downright frustrating. I come in and make it easy to learn and explained in terms you can understand so that you can stay connected to your friends and family without all the hassle.
All Posts »
PrevPreviousThe Twitter Timeline
NextHow do You TweetNext

My name is Audrey and I help the 50+ community overcome their fears and frustrations when it comes to learning all this new technology and the different Social Media Sites.
Read more about me here →

What better way to find the best gift ideas for seniors in your life than to have your Dad, who just happens to be a