How it all started

It was an innocent private message that was sent to a friends wall on Facebook where everyone could read it.

Back in 2013 a lot of my parent’s friends were jumping on Facebook and diving right into it. It was awesome to see it and so nice to reconnect with people I remembered from my childhood.

It was one particular friend that I saw write a very private, personal note to another friend but she did not send it privately. It was on the friend’s wall (now known as your timeline) where everyone could read it.

I knew at that point that I needed to put together a quick Facebook for Beginners Video Tutorial showing people how to use the social media platform.

After uploading that video in 2013 and an updated one in 2015, I realized that after having almost ONE MILLION views to date that there was a need for these type of tutorials.

That is how Social Media 4 Beginners became what it is today.

A treasure trove of tutorials to help the 45+ community be able to understand, stay safe and enjoy their time reconnecting with family and friends. Maybe even grow a business online if they wanted to also. 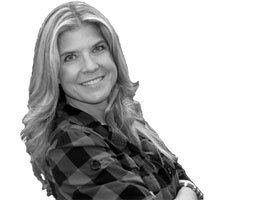 After creating a Hands-on Training video tutorial showing beginners how to use Facebook and uploading it to YouTube, I quickly realized there was a huge need for training for those people who were just starting out on the Social Media sites. I noticed the majority of people who were watching this video were those in the 50+ age group. I started thinking that I should put together some courses that will help them understand these sites and that is when Social Media 4 Beginners was born. This has also led to offering Hands-on Training classes at local Assisted Living Facilities.

When learning something new it can be very frustrating, especially if the trainer/teacher goes to fast and assumes you already know certain things. My hope and desire for the courses offered are that every person watching the video tutorials will walk away with the confidence they never had and knowledge they can use to stay connected to family and friends in a safe way.

Favorite Quote
Life isn’t about waiting for the storm to pass. It is learning to dance in the rain. 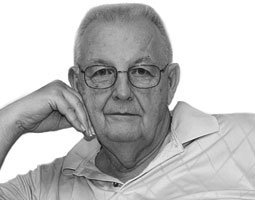 Even though he is known for our Napoleons Idiot Series on YouTube, Dad is definitely not an Idiot. He has been working with computers for as long as I can remember (35+ yrs) and would actually have us children sit in front of the computer to learn DOS back in the 80’s. This, of course, was while all of our friends were outside playing and having fun.

I wouldn’t change those days for anything!

Before these courses go live, Dad is in charge of going through each individual video tutorial ensuring that it is easy to understand, questions have been answered and he walked away with a better understanding of that Social Media site. We know that is Dad can understand these video tutorials then all of you will also.

Favorite Quote
You’re never too old to learn something new! 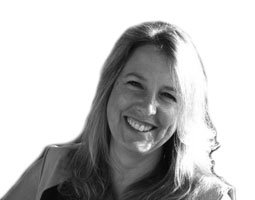 Don’t let her good looks deceive you, Melissa, who is the oldest of us 6 kids has been designing websites since 1995 and is the smarty pants in the bunch (I say this with much love and admiration). She actually built a site for a local builder back in 1997 and because of the Virtual Reality tour she did for him, he was one of the first businesses to sell a home to someone on the other side of the country. She and Dad have always been on the bleeding edge of the Internet, pulling clients with them into the future of technology!

Melissa took the vision we had for this site and made it become a reality! She is a force to be reckoned with when it comes to design and making it all work. She is also an amazing teacher as well and I hope to get her involved in doing some training on the Ancestry.com website because she knows that site like the back of her hand.

Favorite Quote
Life is not Measured by the Number of Breaths you take, but by the moments that take your breath away.